Imagine going out for a meal with your partner and instead of chatting, you sit in silence as you have statuses to like and scrolling to do.

Nothing makes me squirm more than seeing this happen, and unfortunately this appears to be a more common occurrence than it used to be. As such, to say I can have an issue or a grudge with social media would be a fair point. A quick google search would suggest I am not the only one, you don’t even need to type the whole thing or hit enter, Google already knows what we’re going to search.

However, saying this, I also work in Social Media… oops.

Hypocritical? Perhaps - but I think there is a fine balance between the proper use of social media (for both consumers and brands) and good social media content, compared to the couple scrolling over dinner, which allows me to do the work I do.  Much of the content being seen by our scrolling couple does not add or create any value and instead takes away from real world experiences. And so perhaps a fairer statement would be I have issues with the way social media is often used and consumed.

Saying this, social media has two fantastic uses which I adore: staying connected with friends/family and creating a two-way dialogue between brands and an audience. In rare and well-planned instances, the two can also come together in online communities, which is what brands really should strive for. Often, we as brands are responsible for some of this online “junk” and “bait” which add no value and only occupy space on newsfeeds. Brands should instead be owning their space through quality content creation and by engaging their audiences through talking points; which our scrolling couple want to take offline too. Not making them scroll endlessly to find something to talk about…

The social and digital space should complement the real world rather than fighting for consumers attention. Facebook has realised this and is implementing changes to its Facebook algorithm, and so if brands don’t add value or create relevant, exciting, talk-able content; you will find yourself at the bottom of the newsfeeds. 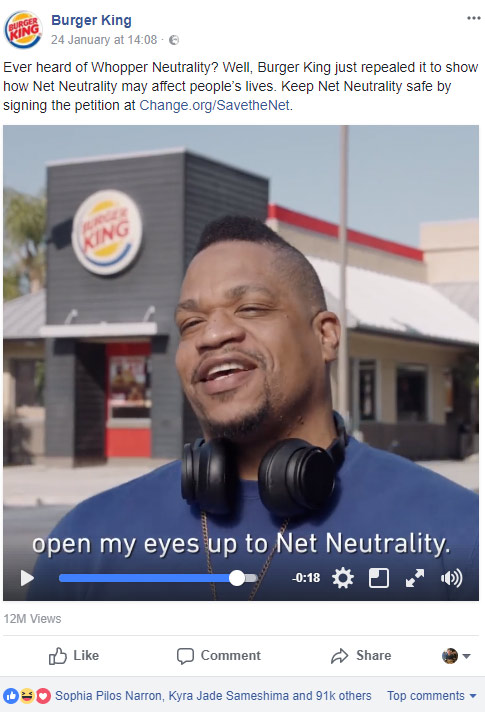 There are plenty of examples/brands/pages out there which are producing great social content. Most of these deal with something separate from their brand while then pushing their brand messages behind this. Take Burger King for example, who have taken the issue of Net Neutrality and explained the issue while relating it to their product. This comparison is both insightful and humorous - which adds value to the audience. This is a talking point to discuss : “Have you heard of Net Neutrality? I saw this really interesting video from Burger King…”.

Innocent is another great example of producing successful social content, combining it with world issues, current events, or in the case of the below – a well known source of family feuds. Innocent has also successfully created an online community, whereby its audience really want to interact and talk with the brand and other audience members, as their content and messaging consistently resonates. 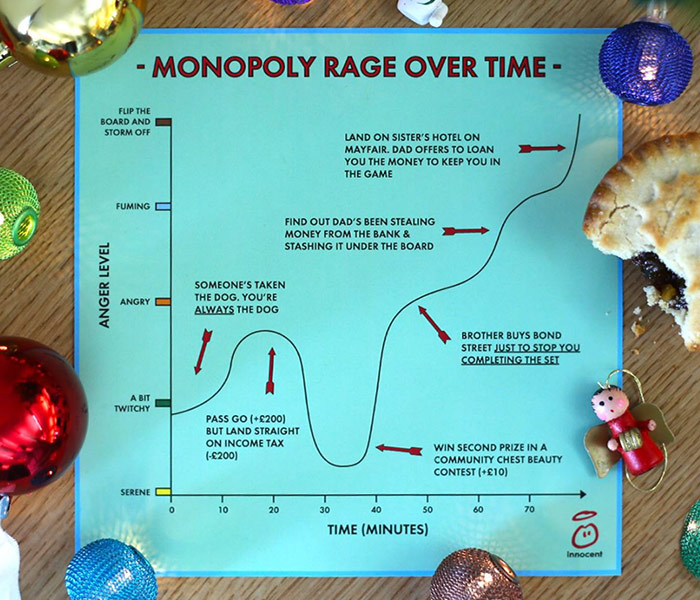 My grudge with how social media is often used and consumed may at first make my job seem an unusual choice; but I validate this through my desire to create content that not only adds value to the virtual space but also transfers to the real world (as I really don’t want to see more couples ignoring each other over dinner in the years to come).

Want to improve your feed or learn more about exciting, engaging and community building content? Contact us.