Get To Know KA
Jacqui Harrison

The online video advertising options available to brands today are vast and varied. The level of targeting and interactivity of a video platform means advertisers have the opportunity to connect with viewers at a much deeper level than ever before.

While many brands advertise across both broadcasters’ video-on-demand (VoD) services, such as Channel 4’s 4oD and ITV Player, and video-sharing networks such as YouTube, those that do so most effectively have set out clear objectives for each platform and measure the performance of videos across platforms and screens.

Jess Wood, campaign manager at Multiply for AG Barr’s soft drink KA, suggests the biggest difference between YouTube and broadcasters’ VoD is scale, both in terms of reach – the former has more than 1 billion unique users a month – and content. She says: “The volume of content on YouTube makes it an experience much more tailored to the user. YouTube is the second biggest search engine behind Google and the pay-per-click-style targeting on offer through the TrueView skippable ad platform allows brands to position themselves around only the most relevant content while also delivering strong scale.”

AG Barr chose YouTube for a recent KA campaign as it was keen to engage “a niche audience of black British youth” who were interested in getting into the music industry, according to Multiply’s Wood. She says: “Engaging users on YouTube strictly focussed around urban music content.”

The campaign achieved 569,663 views on YouTube, and when retargeting people who had already viewed the content with an additional ad, the view rate increased to 21.1%. This compares to the campaign average of 12.1% and an industry average of 10%.

The research was carried out by neuroscientist Dr Amanda Ellison at Durham University, who used eye-tracking glasses and electrodermal response patches to detect neurological activity.

When watching content on the 4oD platform, the study found viewers’ eyes were locked onto the ads for 80% of the time, with an average of 73% for all broadcast VoD ads. Ellison concluded that when viewers consume content in broadcast players, the ads tend to be relevant to the content and people tend to watch videos at full-screen size, meaning that there is little opportunity for attention to stray while waiting for a programme to resume. Channel 4’s Amodio claims: “The opposite could be found on social media, where the ads appeared to agitate viewers who chose avoidance techniques and looked to plan their next piece of content rather than consume the ad.”

YouTube viewers spent an average of only 20% of their time looking at the actual ad in the player, according to the research. The rest of the time they were either looking away from the screen or at other menu areas. However, as part of its YouTube Insights series, the site carried out research of its own. It concluded that TrueView skippable ads are 76% more likely to drive relevant search behaviour, compared to people that are not exposed to an ad. YouTube’s 2012 Think Insights study found that eight out of 10 viewers prefer TrueView ads to standard in-stream ads, and nine out of 10 think they create a better video viewing environment. Both sets of research clearly have a vested interest, however with regard to content, YouTube’s Scobie says repurposing TV spots can work, however he stresses that brands should at least make some edits, particularly if using skippable ads, to ensure they get the best response from viewers.

“In the past, advertising was developed to take viewers through a story before a big reveal at the end, but with TrueView brands need to hook the audience much earlier on. As users can skip after five seconds, it is really important to establish the brand and relevant message in the first few seconds,” he advises.

YouTube is also being used by brands to test the shareability and engagement rate of new video content.

The silent revolution in podcasting 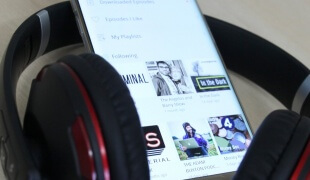 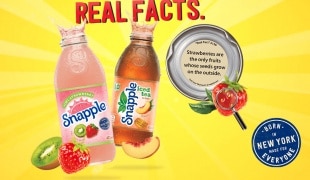